Jenks alumni Foster Maddox began working with the drumline during their 2022 marching season. 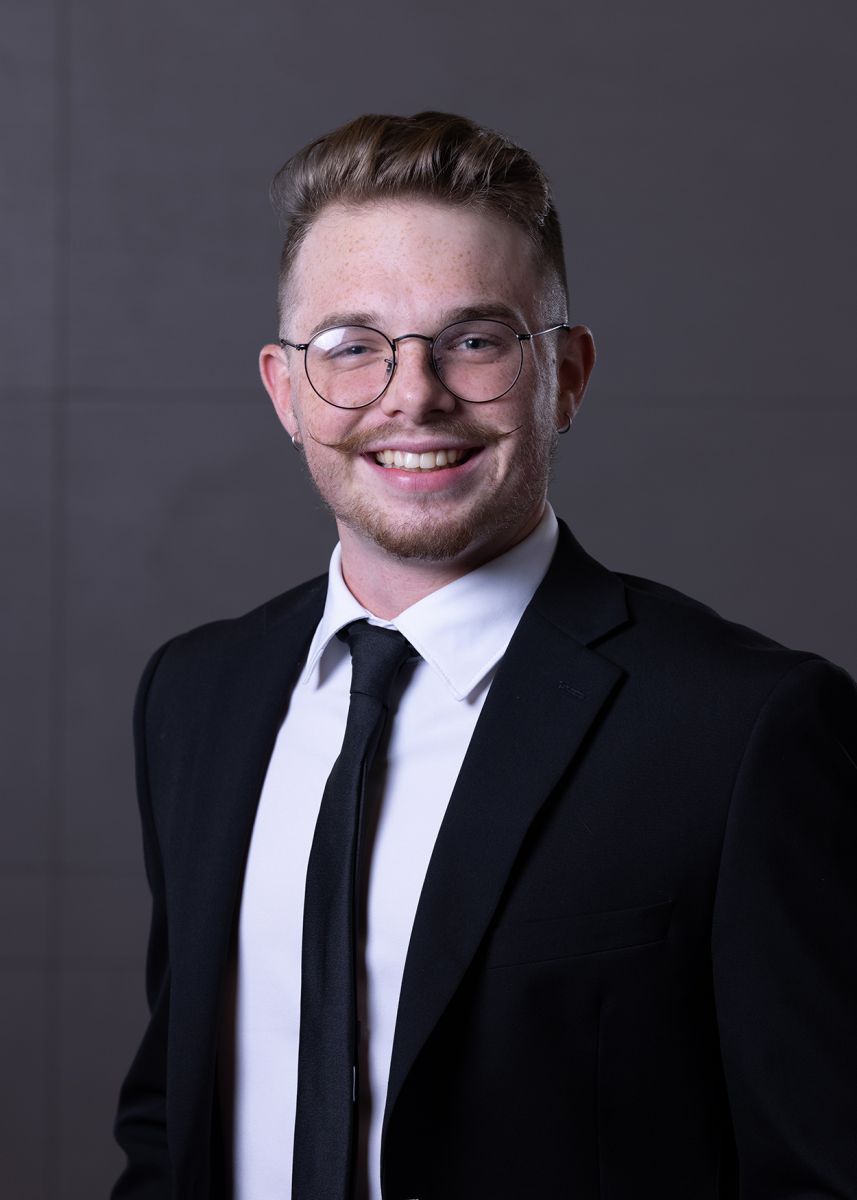 During his high school tenure at Jenks, Foster performed in the Trojan Pride for four years, performing in the St. Louis (MO) Super regional, and Grand Nationals. Foster joined the drumline on bass drum in 2018 where the Trojan Pride went on to earn 2nd in state and 9th at Grand Nationals with the show “Carman.” During his senior year, he joined a competitive open class Winter Guard International (WGI), Resistance Indoor Percussion, based out of Collinsville (OK). They went on to perform and compete in the Dallas (TX) WGI regional but sadly their season was cut short due to COVID.

In 2022 he rejoined Resistance for a full season and went on to perform in the Dallas (TX) regional and in Dayton (OH), in the WGI percussion championship, earning 11th in Open Class. In the summer of 2022, Foster performed with a World Class Drum Corps (DCI) called The Crossmen, based out of San Antonio (TX). He traveled the country performing and competing from San Antonio to New York (NY) and finishing off his season in Indianapolis (IN), competing in the DCI Finals, scoring 13th in the world. Foster works as a Battery/Bass Drum Technician with indoor percussion, as well as teaching private lessons to students who want to learn marching percussion instruments.