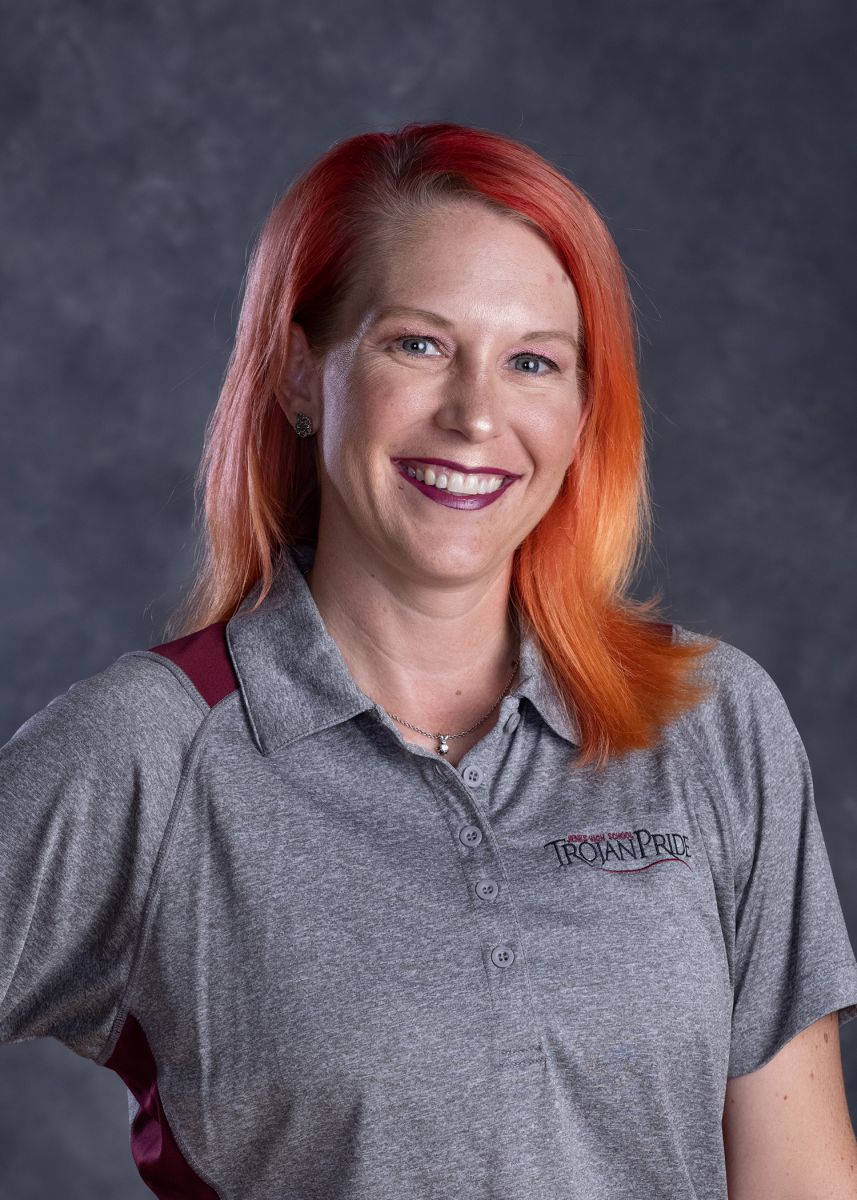 Jara Clark became the Jenks Guard Director in 2012.  Before coming to Jenks, Mrs. Jara was the guard director at Union High School for three years where she helped rebuild the guard program.  She then became the guard director at Sapulpa High school where she coached for two years.  During this time, she led the guard to numerous victories, placed 3rd at a WGI Regional, and was a nominee for Guard Director of the Year from the Winterguard and Percussion of Oklahoma (WGPO) Circuit.

In her first year at Jenks, Mrs. Jara has brought the guard program into the Oklahoma spotlight.  During the 2013 winter season, the High School Guard moved up two classes and began competing in the more competitive Scholastic A class where they placed 3rd at the end of the season.  For the first time ever, Jenks’s Middle School Guard also competed in the WGPO Circuit and blew everyone away at every competition placing 1st throughout the season.

Beginning in November 2012 and going through April 2013, Mrs. Jara also marched with an Independent Winterguard group based out of Oklahoma called Eclectix Independent.  At the end of the season, she received the 2013 Cast Member of the Year award.

To top it all off, Mrs. Jara was also named the 2013 Guard Director of the Year by the Winterguard and Percussion of Oklahoma (WGPO) Circuit.

Mrs. Jara graduated from Union High School in 2002 and began working with Union as the guard technician while attending college.  She graduated with her associate’s degree in 2005 from Tulsa Community College and in 2012, graduated with a Bachelor of Arts in Psychology from Northeastern State University.